A few weeks ago, my writing group and I were sitting around a small coffee table inside this awesome bookstore in downtown Augusta, and we got on the subject of adverbs and dialogue tags. It didn’t really relate to the work that we were talking about, but I found the conversation really interesting so I thought I’d make a post about it. 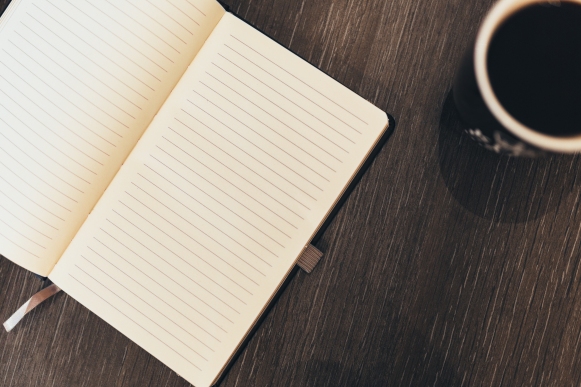 First, we quickly discovered that there were two, almost opposite opinions on the subject. Starting with dialogue tags, Writer A believed that a writer should rarely use the word, “said,” because it wasn’t descriptive enough. Their point was that it is often important to know how a character is speaking, and that the word, “said,” does a poor job of accomplishing this.

I disagreed. I thought the word, “said,” is almost invisible. It helps clarify who is speaking, but doesn’t distract from the dialogue itself. I also mentioned that if a writer is constantly using words like, “mumbled, shouted, screamed, cried, choked, laughed,” that it might seem over-animated.

Looking back on the conversation, I’d have to say that this shouldn’t be treated like an all of nothing rule. I now believe that if a writer uses the tag, “screamed,” but most other tags are, “said,” it will really draw attention to the screaming part of the dialogue. That said, I think the cost of this approach is that the reader might focus more on the fact that the character is screaming and become less focused on what they are saying. I believe that this would be effective to convey strong emotion but not when presenting a crucial piece of information.

In regards to adverbs, Writer A also believed that adverbs helped make writing more descriptive, while I thought that they were a mark of a lazy writer. I gave the example of how a writer could create the sentence, “Bob ran quickly.” Since “quickly,” describes how Bob ran, it should make it more descriptive. I then gave the sentence, “Bob sprinted,” and asked which sentence evoked a stronger image.

Writer A conceded my point, but then said that adverbs can be used to describe adjectives and shouldn’t be entirely written off. They gave the example, “Her brilliant-blue eyes.” I hadn’t considered this and realized just how right Writer A was. Overall the discussion was quite productive.

I guess my parting question to you is, are there any other polarizing bits of advice that you have received? I’m not asking for bad advice, but rather the kind that would ultimately influence a writer’s personal style rather than being right or wrong. I hope that everyone is having a wonderful day.